The Many Faces of Aquaman 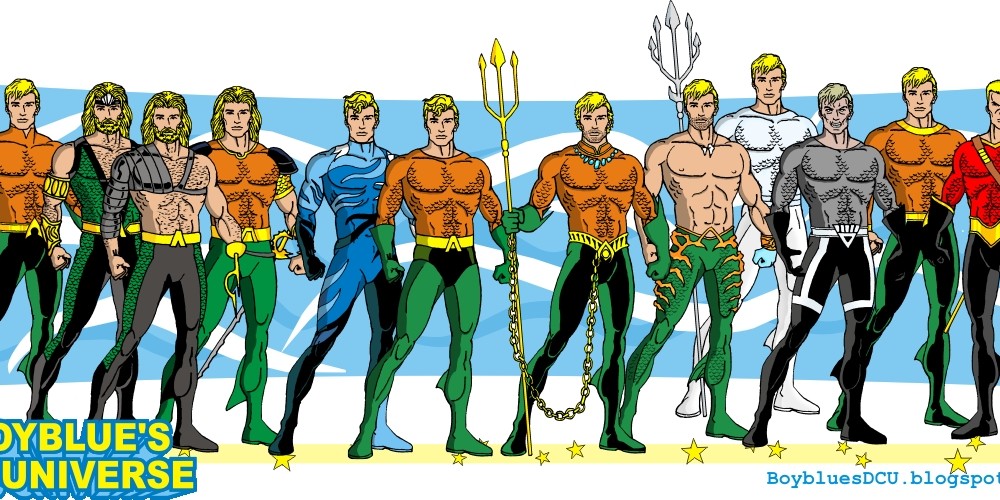 Thanks to some popular cartoon shows in the 60’s and 70’s – Aquaman is one of the few comic characters who is easily recognized by the public.   His famous orange and green costume somehow suits the king of the sea. 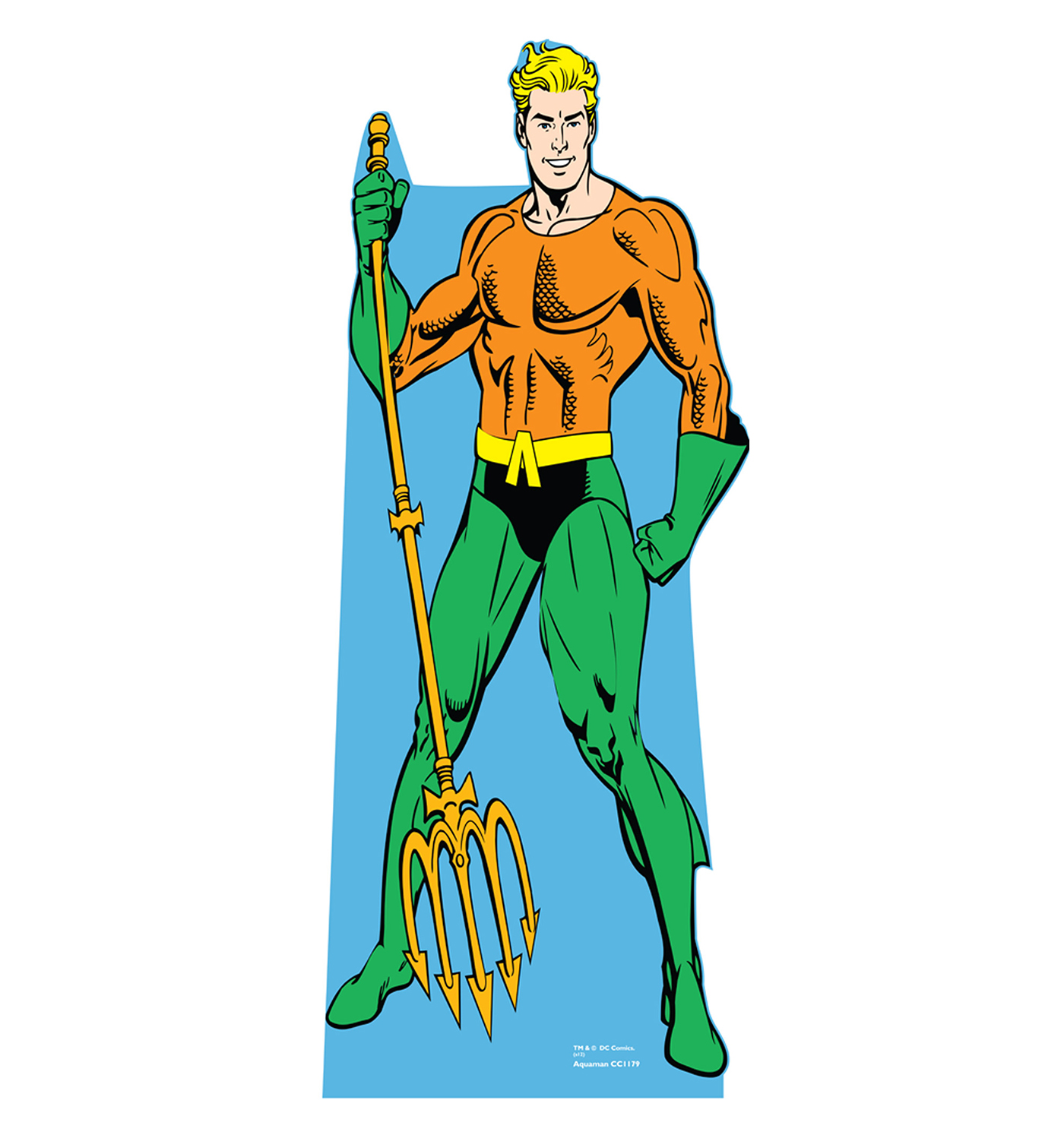 He is also often mocked for being the lamest superhero of all time. His superpowers to communicate with fish, and to swim fast, just don’t stack up well against aliens who can fly or cool Batmobiles. 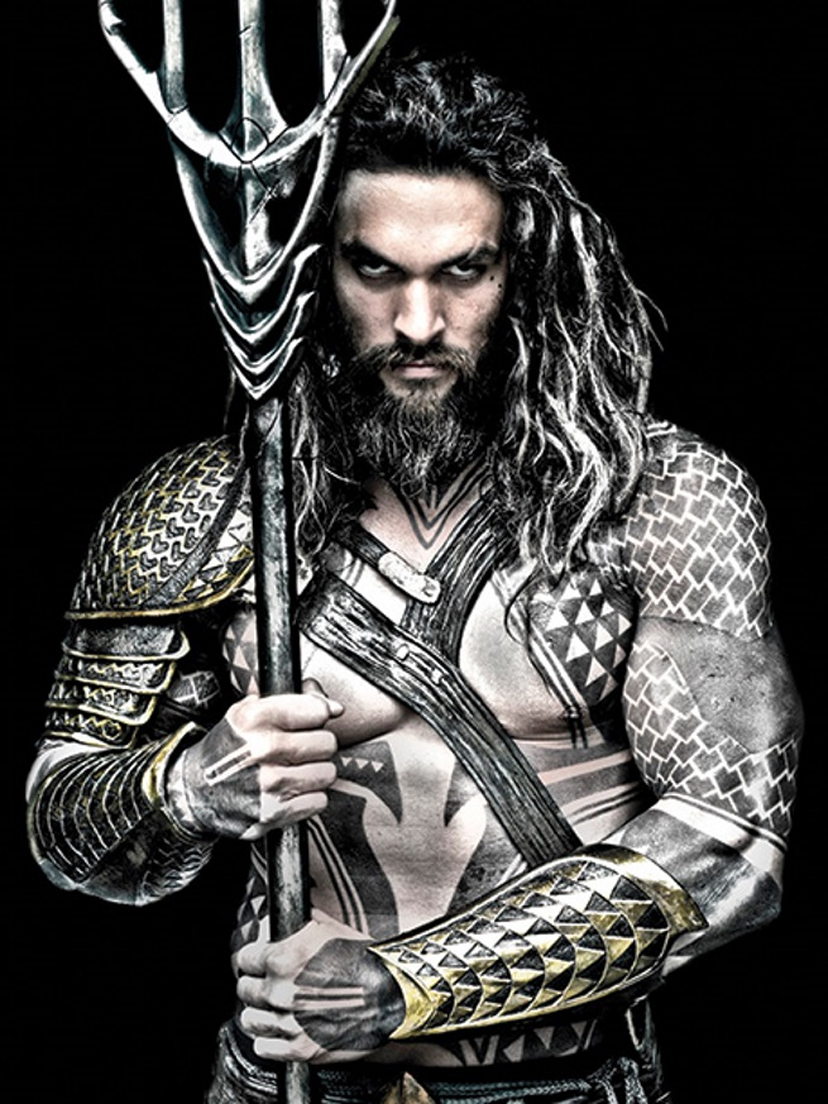 So when it was revealed that Jason Momoa was cast as Aquaman for the upcoming Batman v Superman movie, people took note as to the shockingly different appearance of the character. It was obvious that someone from DC and Warner Bros. wanted to toughen up Aquaman’s look.

But this isn’t the first time DC comics has changed Aquaman’s look -so let’s take a peek back into comic history to see the many faces of Aquaman. 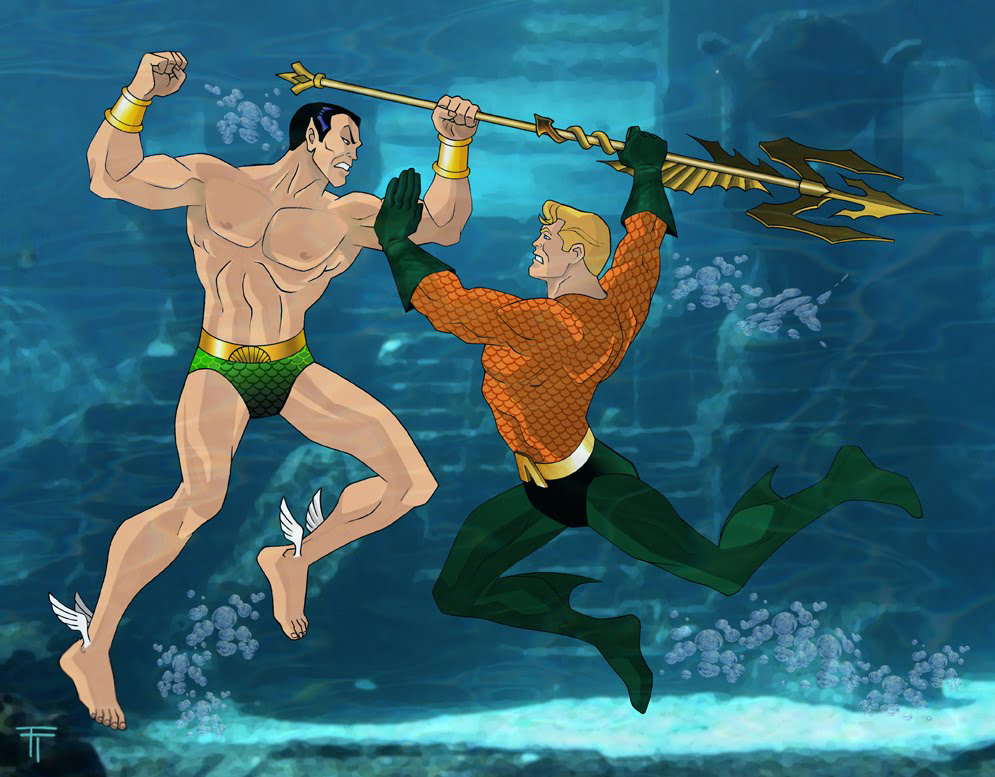 Aquaman was first introduced in More Fun Comics #73 in September 1941. And he was not the first underwater hero. Timely comics introduced Namor, The Sub-Mariner, two years before, in September of 1939.   So Aquaman was already finishing in second place.   But like in the tale of the porpoise and the hare,  Namor faded out during the forties, while Aquaman kept plugging away with stories published in every decade since. 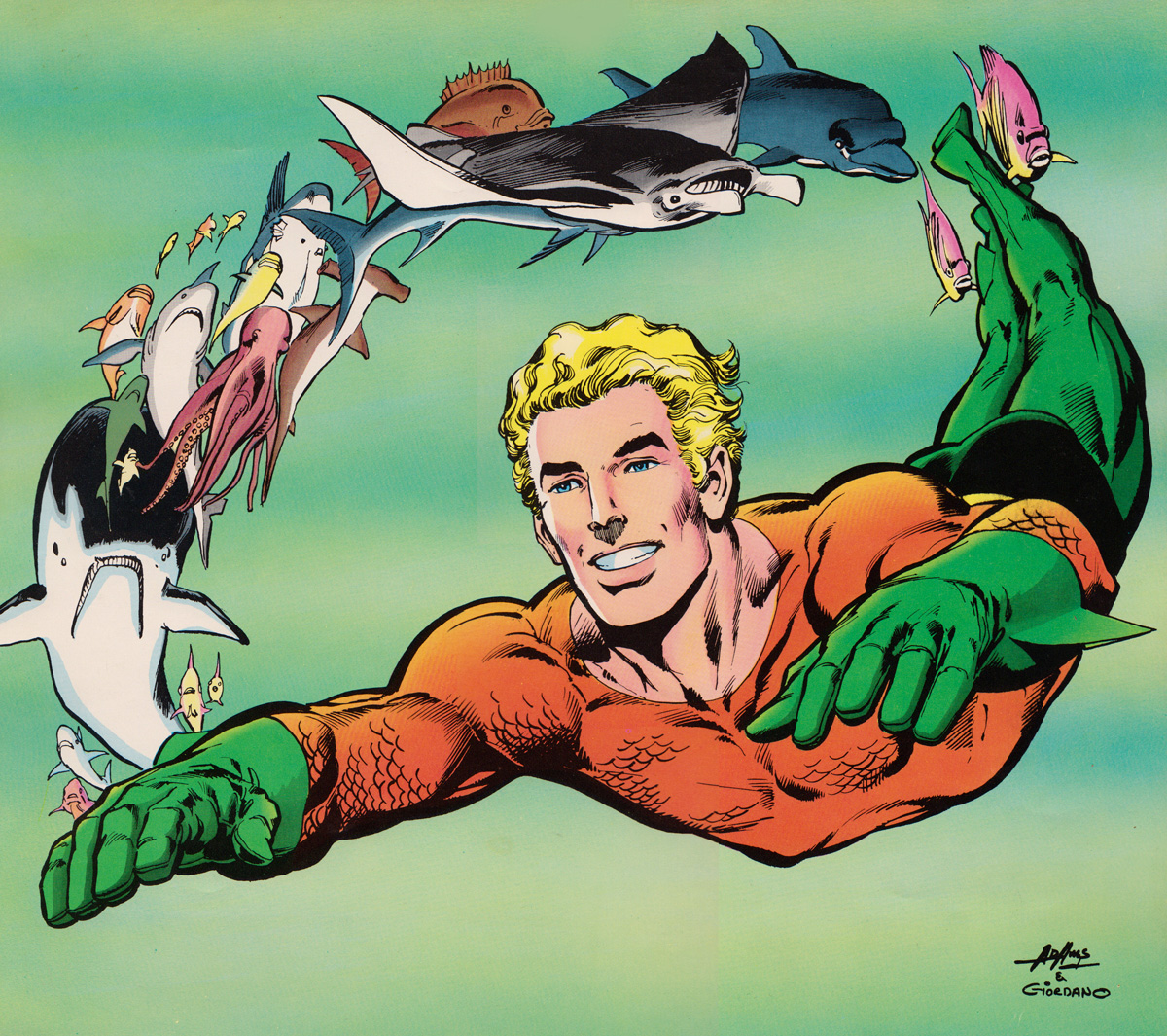 This earliest outfit for Aquaman stayed relatively the same for the next 30 years-popularized mostly in the 1960s cartoon series and again in the super friends of the 1970s. 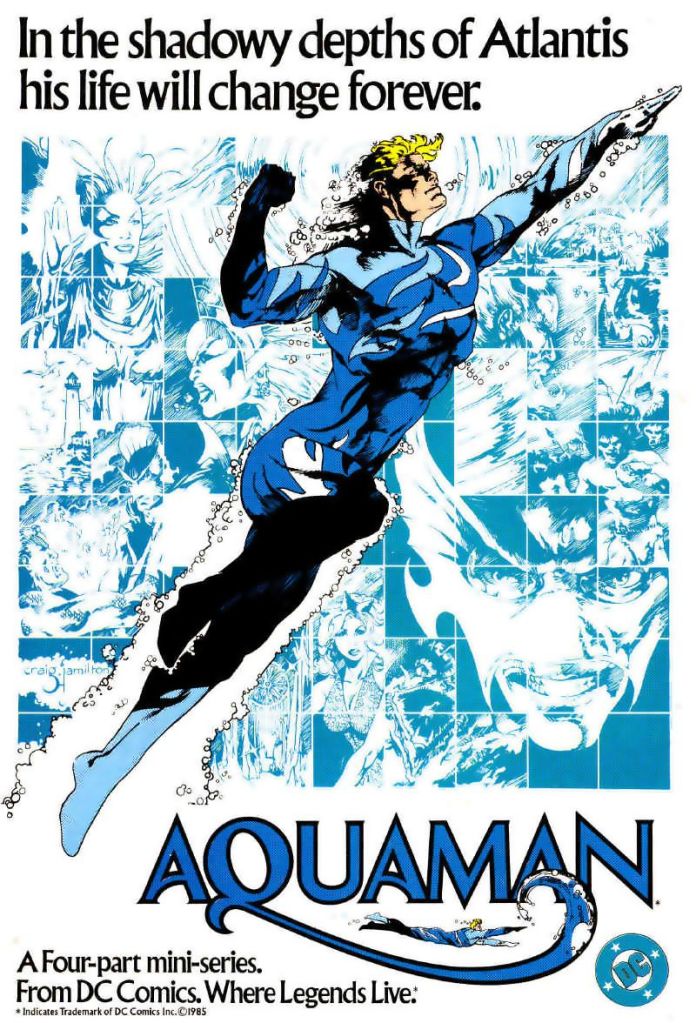 But by the 1980’s,  DC comics was ready for a change. They introduced a new blue costume for Aquaman in a limited miniseries that proved to be widely popular at the time.  It didn’t last though, and soon he was back to the version of his classic water suit. 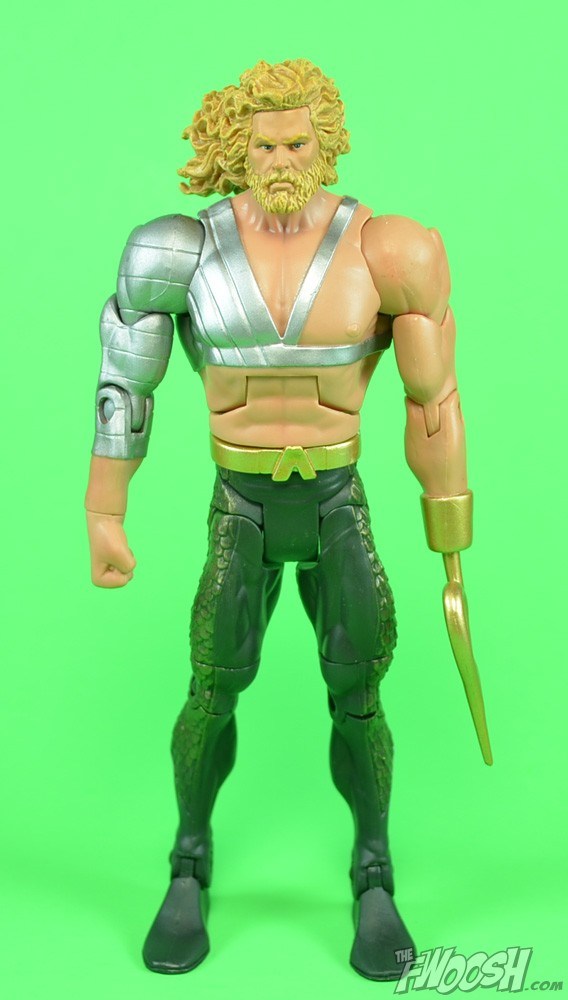 But then veteran comic writer Peter David got hold of Aquaman in a classic run of the 1990’s.  This version of Aquaman was tough, and his new look echoed that feeling.  During Peter’s first story arc, Aquaman lost his hand to a pool of hungry piranha.  So in addition to a new beard, and armor,  the king of the seas also sported a hook for his missing hand. 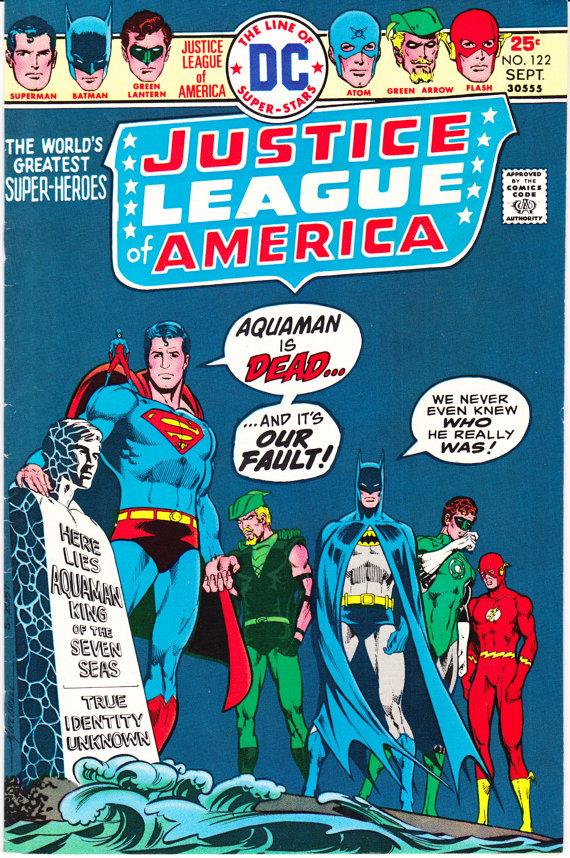 But as heroes often do, Aquaman died in one of the many company crossover events of the late 1990’s.   When he was revived he had reverted again back to a more classic look to his costume. When DC continuity was rebooted once again for the new DC 52 universe, Aquaman was again part of the prestigious Justice League, as one of its founding members. 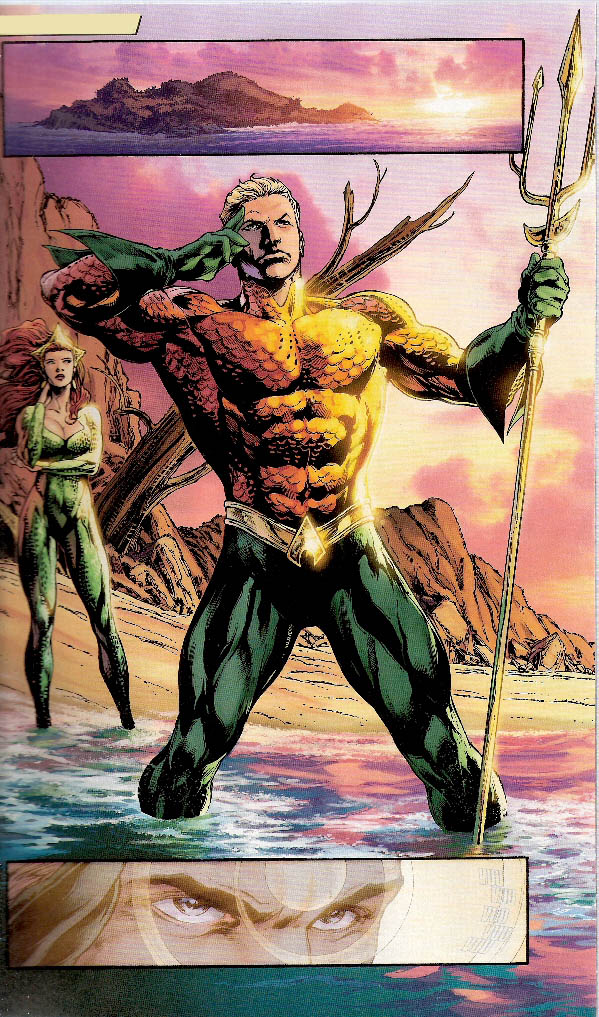 The new 52 Aquaman sported yet another version of the classic outfit.

But most recently his duds have changed again turning into a combination of the classic and the Peter David version. 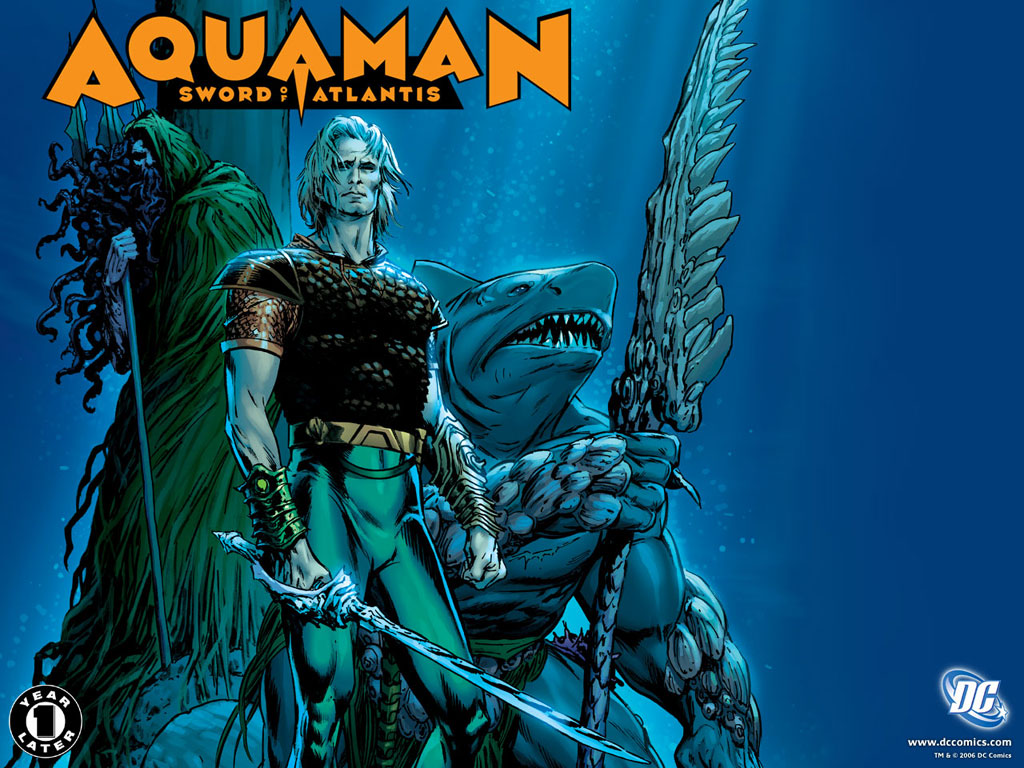 This look also seems to act as a bridge to the new outfit that we have seen Jason Momoa wear in the upcoming Batman v. Superman movie.

Will this new barbarian look last?  Will Aquaman finally get the respect that he deserves?   Only the time and the tides will tell.